There was a big transition in the site of Seoul Innovation Park from health innovation to social innovation. This site had been used as the Korean Center for Disease Control and Prevention (KCDC) for more than 50 years to fight against disease. However, in 2010 KCDC moved to another province. After the movement, there were lots of discussions about how to use this huge space.

Then, Seoul Metropolitan Government declared that this site should become a hub to tackle various social problems that make our society sick. Since 2015, Seoul Innovation Park has invited innovators doing diverse activities based on Seoul to its space, encouraged them to realize their visions and become a base camp of innovators’ social experiments. 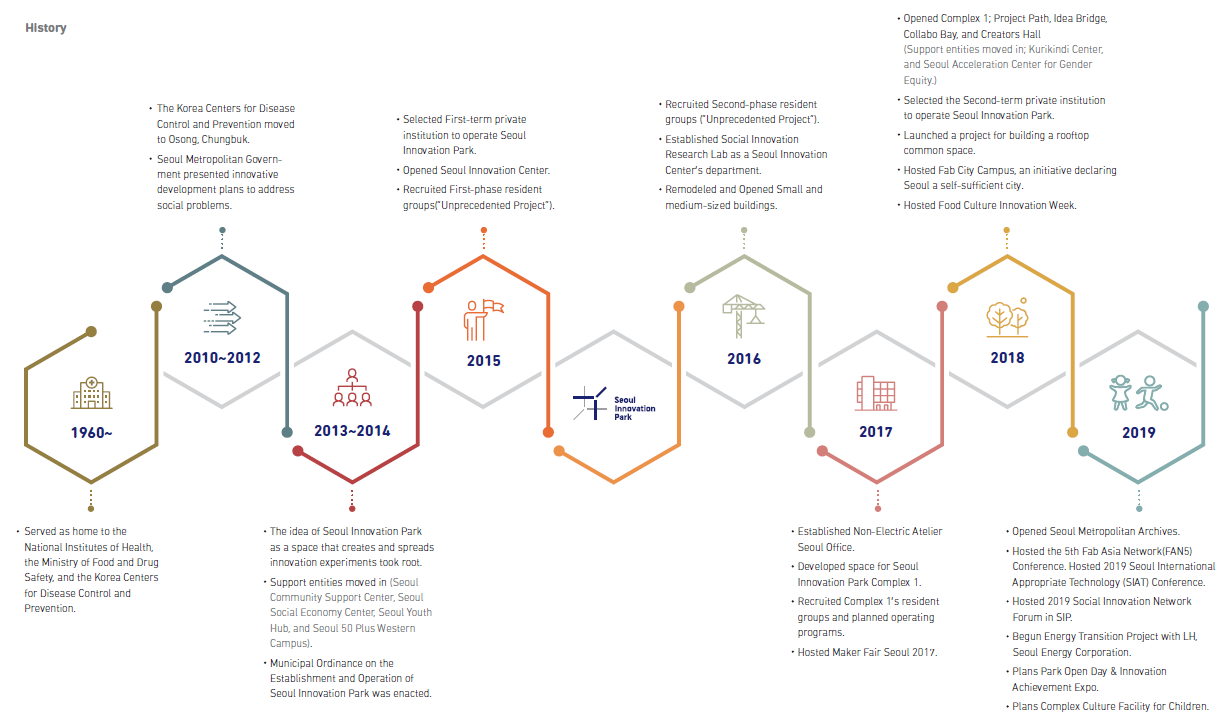